During our dating years, our deep passion for music was very precious to us and continued after our wedding on Oct. 1, 1967. God blessed our home with three singing sons; Jerry in 1968; Roger in 1970; and Jeffrey in 1972. One of the highlights of each day was singing together in Family Worship.

Our sons learned to sing parts and read notes at an early age. They soon learned to be able to pick up any new song and sing it. In our daily Family Worship, along with Bible reading, Bible memory verses and prayer, a very special part was singing. We would select a hymn book, start with song number one, and sing two songs every day, from the beginning of the book right to the end. If we did not know a song, we sang it anyway, and learned it.

We learned many new and beautiful hymns this way. When we finished one book, we started another one. We sang through many hymn books over the years, and even yet, now that our sons are married, with homes of their own, John and I still sing our way through hymn books at our Family Worship. In using older hymn books, we receive practice singing with round notes.

In 1979 when I began to put Lena's poems to music, and began to compile them into a hymn book, John and our sons were a big help to me. We sang each song over and over, with the boys helping with the parts, to see if it sounded alright. As the years have gone by, and as I have composed more and more songs, John and our sons have been a tremendous support in singing them over before publishing the books. 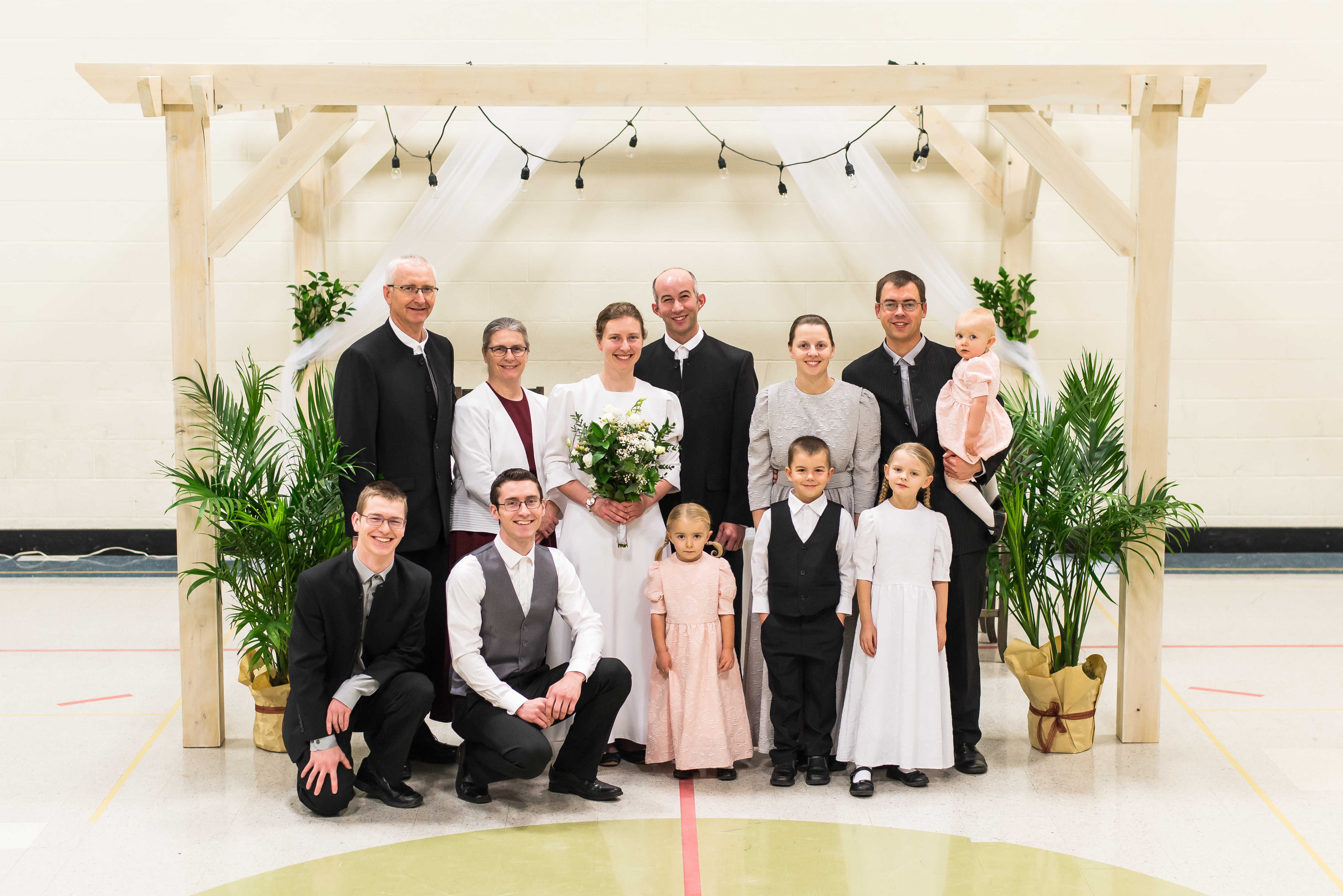 Singing together as a family has been a great joy to us. While they were still school boys, we began singing together as a family, for elderly folks, for sick friends, and Church related events. The boys went with us when John was teaching Singing School classes, and as they grew older, they began to help John with the instruction. We have sung at weddings, funerals, jails, hospitals, and Senior Citizen's homes.

We are members of a plain Mennonite Church, and through singing, we have had opportunities to share God's Word in song to those in other denominations, sometimes in unusual circumstances. 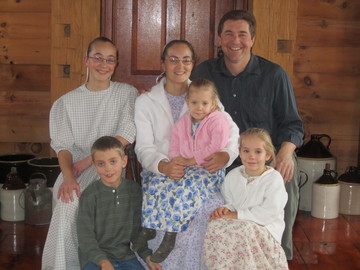 A few years ago, we visited a neighbor in the hospital and sang a few songs for him. When he died the next week, we attended his visitation. When his wife saw us, she went to the funeral home director and said, “These are the people who sang for my husband in the hospital, and I want them to sing for us right now.” So the funeral director made that announcement, and we stood beside the coffin and sang, “What a Friend We Have in Jesus.” The next morning, the daughter phoned and asked if we would please sing that afternoon at her father's funeral, which we did. 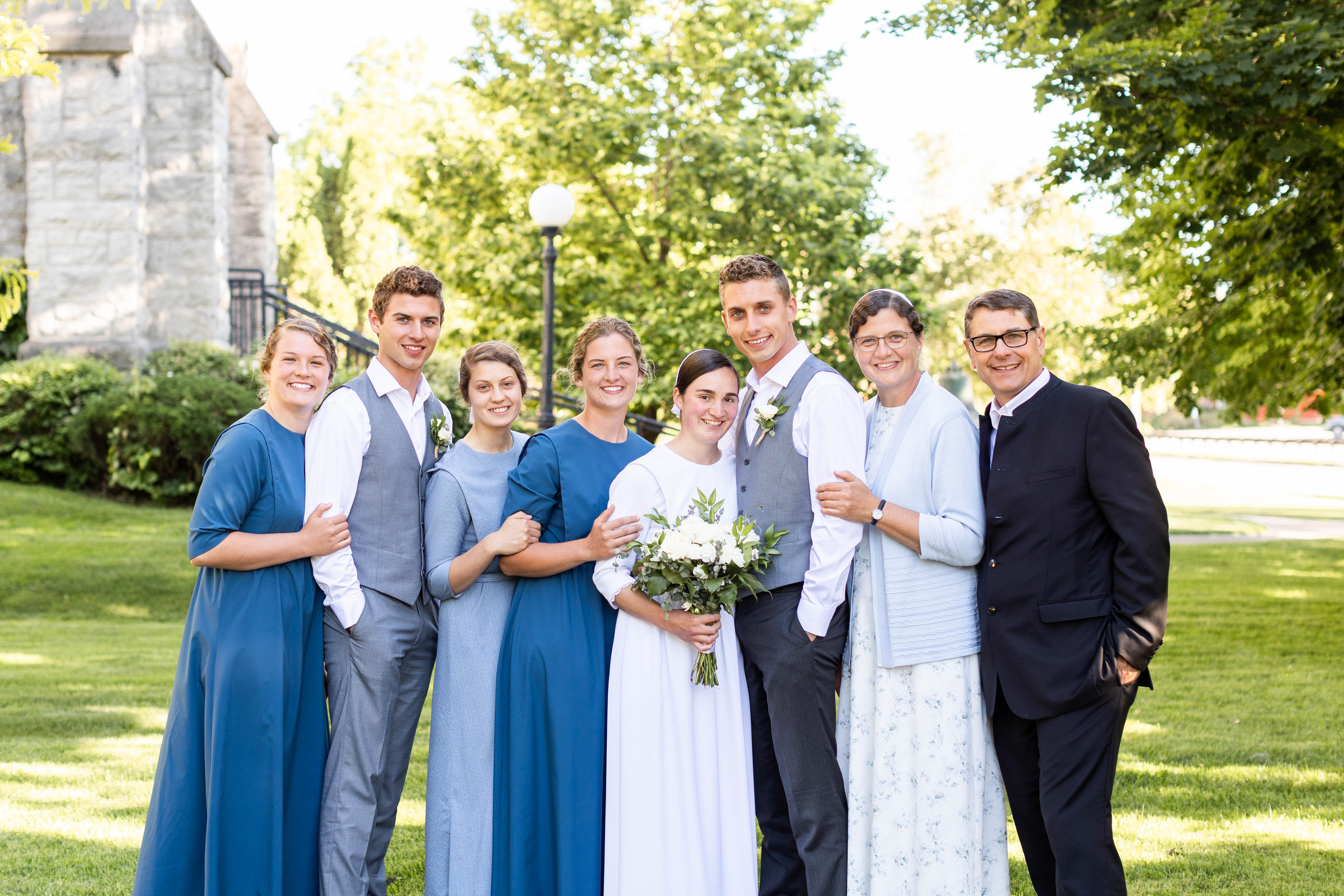 The boys grew up. Their voices developed deeper and stronger. They began to lead the singing at church. They dated fine Christian girls. They married, and started homes of their own close by; close enough that we still sing together. Now we have grandchildren, who also love to sing! Now when we get asked to sing as a family, we are a choir!

A family tradition in the Christmas season, is to spend two or three nights singing in homes in our community; for widows, widowers, elderly couples or families who are facing trials.

In Feb. 2007 we had the privilege of singing at the Mennonite Disaster Service Annual Meeting, which was held in St. Catherines, Ontario. 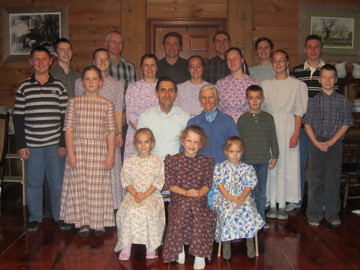 Return to Echoes Of Triumph Homepage

Check out the stories behind the Echoes of Triumph songs!

Wonder how Echoes of Triumph began? Check it out here!

The Echoes of Triumph Story

Shop songbooks and CDs at the Echoes of Triumph Store!

The Echoes of Triumph Store